If you are a happy owner of a Kenmore Elite model refrigerator, then for a long time you probably could not get enough of the quality of its work. At least until there was a problem with cooling. Such units, according to the manufacturer, are designed for a long service life. In addition, they perfectly maintain the temperature inside the cabinet itself, which provides the products with the necessary coolness or sub-zero temperatures. But what if the device has lost the ability to perform its original function?

Below we will discuss six reasons why the refrigerator may stop cooling. Depending on the specific circumstance, the owner will have to adhere to a certain plan of action. After all, if the problem is not taken care of in a timely manner, it can cause a real disaster, which usually consists of the following points:

The list of reasons below must be followed without fail. It is this approach to business that will allow you to perform the diagnosis as accurately as possible. Once a problem is found, it will be possible to fix it. 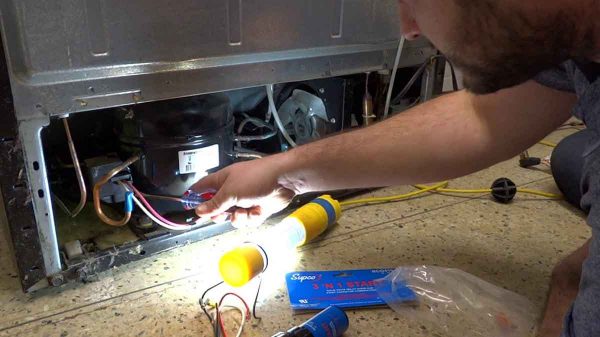 So, consider the most common breakdowns of this brand and model of refrigerator:

Each of these points will be discussed in detail below.

The first problem may be related to this. After all, the evaporator fan is one of the basic elements that guarantees the maintenance of optimal temperature conditions throughout the entire volume of the freezer. If there are malfunctions here, the products are defrosted. 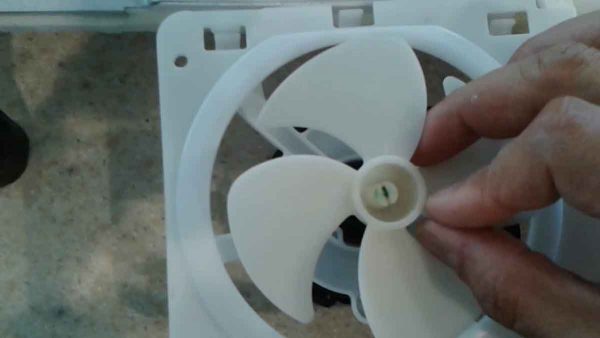 With excessive frosting, the fan motor may even fail. The number of such elements can be two, and they are located both in the freezer and in the refrigerator. If the appliance has one such fan, it must be on the side of the freezer. If the fan fails, it is unable to supply cool air to the system and the compartment cannot be cooled properly.

As a result, over time, the temperature may rise when the refrigerator is constantly closed. If you open it for a long time, a sharp increase will not occur. The freezer can remain quite cold even if the fan fails and stops completely. After replacement, it will be necessary to conduct a test to make sure that it works correctly. If the motor is working properly, and the fan can rotate, then everything is fine.

To regulate the amount of air mass that comes directly from the freezer and cools the refrigerator, a special damper regulator is used. Its alternative name is an air diffuser, a partition. If there is a breakdown in this part, the air flow will be blocked, which will lead to its severe restriction or complete blockage.

To detect this malfunction, you must disconnect the device from the power supply. By the way, it is necessary to do this every time a malfunction is detected. After that, you need to find a damper in the area where cold air enters the refrigerator compartment. The housing is made of plastic and can be fitted with a seal to prevent leakage from entering.

In some models there is a light bulb for determining the temperature. When the instrument is enlarged or reduced, the control will be changed. Before proceeding with the replacement of this element, you need to make sure that the lamp itself is installed correctly and is not damaged. For the free movement of the attached connection, you must use a special control knob. Then it remains to check in what position the damper is located. In the event of its complete closure or partial opening and the inability to move freely, it will be necessary to change the inlet baffle. 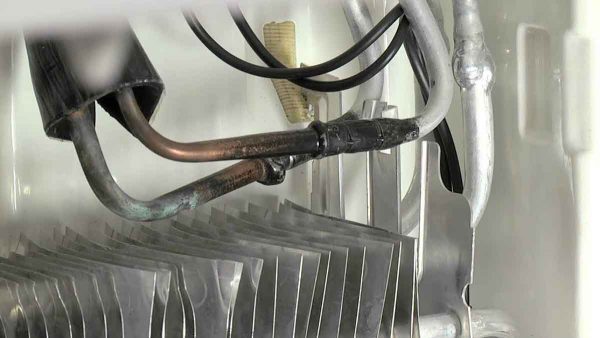 If there is a suspicion of this malfunction, it is necessary to check. To solve this problem, it is customary to use a multimeter. It must run continuously. Using the red and black wires, touch the ends of the defrost thermostat wires and then check for continuity. In the absence of sounds, the user knows when the circuit is open. In their presence, it is, accordingly, closed. In the latter situation, the heater stays on and produces maximum heat, which is not good for the operation of the system.

If there is a defrost thermostat in hand, the owner will notice the numbers. One part of them displays the opening or closing temperature of the system. At the very end there will be a “C” which is nothing but the Celsius scale. Sometimes the letter “F” is used as an alternative, these are degrees Fahrenheit. After the thermostat closes, the evaporator will turn on, causing the rear area of ​​the freezer to heat up. Therefore, the ice that appears on the thermostat will melt. If the thermostat fails to do this, a blockage will occur that will restrict or block the air flow.

It is usually responsible for making the refrigerator buzz. In particular, this element provides compression of the refrigerant and turns it into a liquid for further heating. The condenser subsequently takes away this heat and pumps the refrigerant itself. As a result, it enters the expansion chamber, where cold air is formed.

If there is no such buzz, this indicates the heating of the system. The failure of such a plan can be caused by various factors. For example, a device failure. After all, it passes an electric current, and in order to replace it, you will have to disconnect from the power supply. But the installation of spare parts will take no more than 15 minutes. 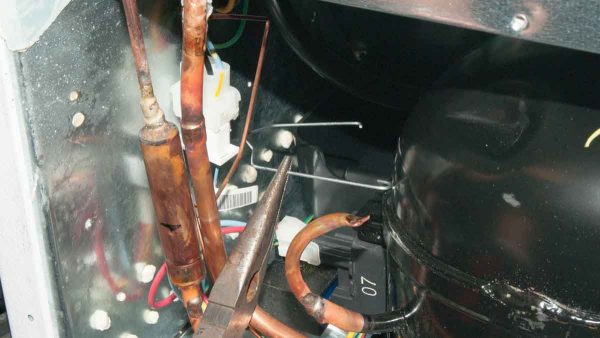 This unit is needed in order to pump the refrigerant. As a result, cold air is dissipated in the compartment designed for cooling. The refrigerant is directed through the coils. First it becomes a liquid, and then the process is completed at a low temperature. If the compressor is defective, this can cause serious limitations in the operation of the device. For example, sometimes cold air stops flowing.

Since airflow is essential, it is logical to assume that its absence will cause the temperature to rise and food to spoil much faster than expected. In fairness, it should be noted that the Kenmore Elite line was recalled by the brand, as a result, a class action lawsuit was initiated due to a defective compressor of this refrigerator. If we take into account the feedback from former customers, we can conclude that the system will fail during the first ten years of operation. But the client also has the right to count on a 5-year warranty. And while it is valid, you can replace or repair.

In any case, the compressor is the most important part of the refrigerator, and it is absolutely impossible to allow it to fail. If repair or replacement is required, you need to involve a professional who will take decent money for the work.

Its alternative name is coolant. If a leak is suddenly allowed, this will lead to spoilage of the products. The fact is that if freon is not used, the liquid will not be converted into a cold air mass, penetrating into the expansion chamber. If the conversion is successful, the refrigerator compartment will keep cool. If the maintenance has been carried out for a long time, this can lead to damage to the cooling line. 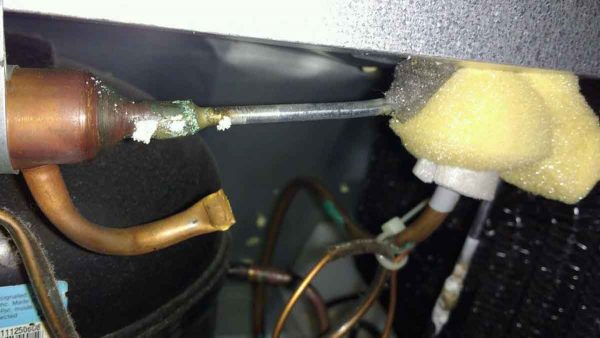 If she is not touched, the matter is obviously in an overflowing pallet. To solve the problem, you need to turn off the power. Removing the pallet is not as easy as it might seem at first glance. First you have to tilt the entire unit forward, and before that, remove everything that is in it. Finally, it remains to remove the screws responsible for fastening the base. In addition, there is a risk of damage to the lines. That is, while one reason why leaks occur is unclear, other factors may arise.

Again, if such work seems difficult to the user, he has the right to entrust it to professionals.

A few final words and thoughts

If the refrigerator refuses to cool, it could be one of the 6 problems listed above. The user only needs to conduct a comprehensive diagnosis in a timely manner in order to accurately identify the problem. Moreover, some tasks can be solved independently, you simply need to replace the parts. Moreover, some spare parts are inexpensive and are dismantled, and then mounted as quickly as possible, 15 minutes or more.

If we are talking about more complex repairs, you should definitely entrust them to professionals. To do this, you should contact an expert who specializes specifically in refrigeration equipment and make an appointment with him, or rather, call him at home.

If you follow all these recommendations, you can achieve a long life of the Kenmore Elite refrigerator. After all, every detail must be in perfect working order. It is advisable to periodically check the system to make sure that the temperature is normal.

The sooner a problem is found and fixed, the better.