One of the most common issues with the refrigerators is that they do not cool properly, or at all. The appliances of the famous Korean manufacturer LG are con-sidered to be one of the most reliable, but can still face the same problem. There might be two concepts here — it’s whether something very simple and easy to fix or a serious malfunction, where you will need professional support.

Why the fridge is not cooling?

Before starting a serious examination of your device, try to eliminate the simplest explanations from the list of possible reasons for not cooling. Check the following:

Is the refrigerator door closed tightly?  Perhaps something is interfering with it, ex-amine the door and gasket, to make sure everything is fine there, and the warm air from the outside doesn’t get into the chamber of the device. But if there is already a lot of frost on the back wall of the chamber, better defrost the fridge, then turn on and it will work normally. 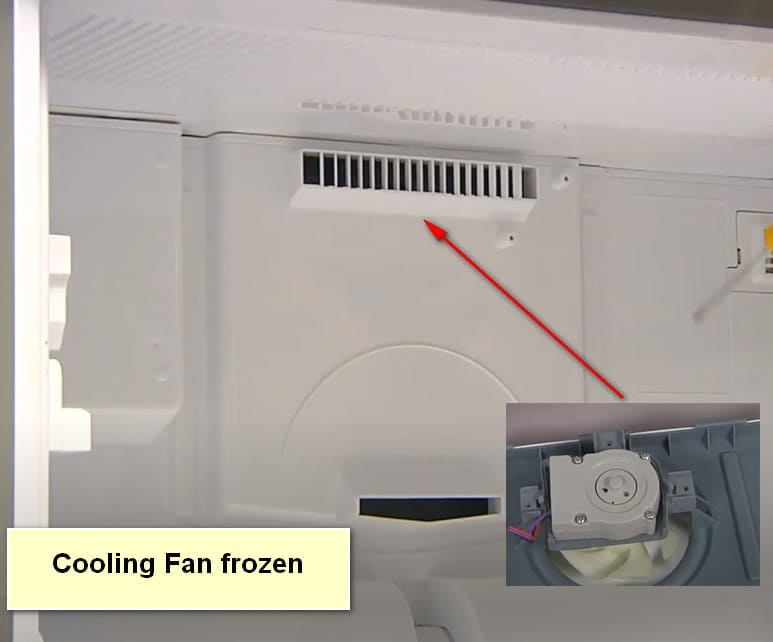 Isn’t the fan frozen? Sometimes the fan in the freezer can freeze, and it stops cold air from entering the compartment. This is usually accompanied by complete silence — you don’t hear the sound of the working impeller. If it is your case, defrost your device and turn it back on. Should work.

There can be really many different reasons for the refrigerator not cooling the air properly, so you have to pay attention to all the additional symptoms for a better di-agnostic.

Modern fridges have at least two chambers, a refrigerator, and a freezer. If there is no proper temperature in the refrigerator chamber, and the freezer functions normally, the first thing to find out is whether the refrigerator itself operates with one or two compressors. Does the refrigerator have two compressors? Then it is necessary to check up the serviceability of the compressor which provides operation of the refrigerating chamber.  If it is defective, the problem is solved by the replacement of the broken motor with the new one.

Now let’s look at the malfunctions in the single-compressor models and all the pos-sible additional symptoms.

Problem: The fan is silent.  And after 10 hours of defrosting, it does not start operat-ing.

Explanation: The fan motor is burned out.  This may have been due to the freezing of the fan, possibly due to the natural wear of the part. The electric motor of the fan must be replaced.

Problem: Ice and snow all over the refrigerator, especially on the back wall of the freezer.  The fan is not running.

Explanation: Evaporator heater failed. In case of such a failure of the heating element, an ice layer is formed on the evaporator, which prevents the rotation of the fan that pumps cold air into the refrigerator chamber. It is necessary to replace the heater. 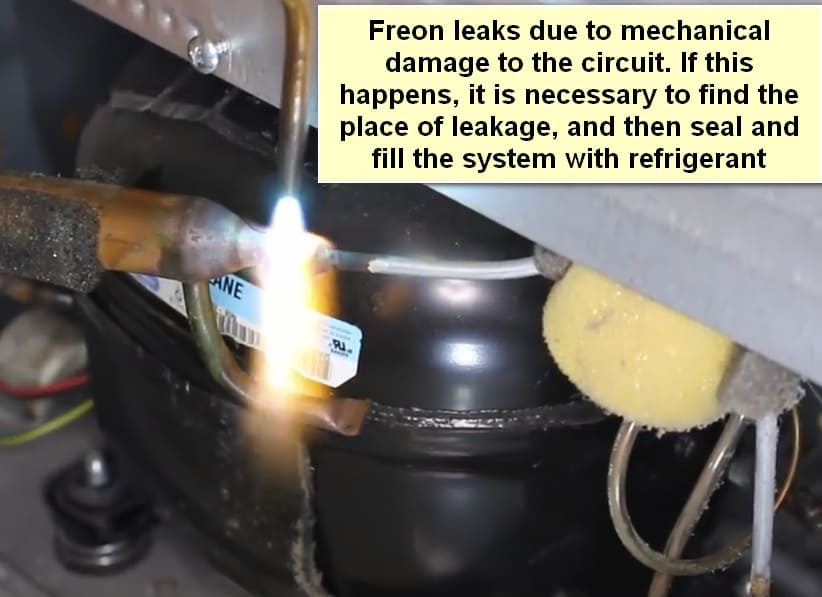 Problem: Rust leaks can be seen on the top front of the freezer compartment (for refrigerators with a freezer on the bottom).

Freon leaks due to mechanical damage to the circuit. If this happens, it is necessary to find the place of leakage, and then seal and fill the system with refrigerant (freon).

WARNING: When defrosting the refrigerator, do not HELP it to defrost faster.  Simply unplug it, open the doors and wait for the ice to melt itself.

Explanation: Freon leakage in the sealed part of the refrigerator. In this case, you will need to open the refrigerator case – the operation is time-consuming and very dirty, so repair is possible only in the service center.

Explanation: Malfunction of the evaporator sensor or the air sensor of the refrigerating chamber. The signal does not reach the processor, so after cooling the freezer, the motor turns off.  It is necessary to replace the defective part.

Problem: Long pauses in the motor operation.  (for electromechanical refrigerators).

LG No Frost fridge does not freeze

The difference of the refrigerator with the full Know Frost system is that the chambers are cooled by contactless method, the supply of cold air.  The refrigerant circuit is located behind the decorative panels of the freezer.  A fan blows air through the evaporator tubes to cool the food.  The condensate falls out behind the wall, on the evaporator tubes.  Then it is defrosted by the heater and flows through the drainage tube into the tray.

Faults in the air-cooling system of the chambers occur when: 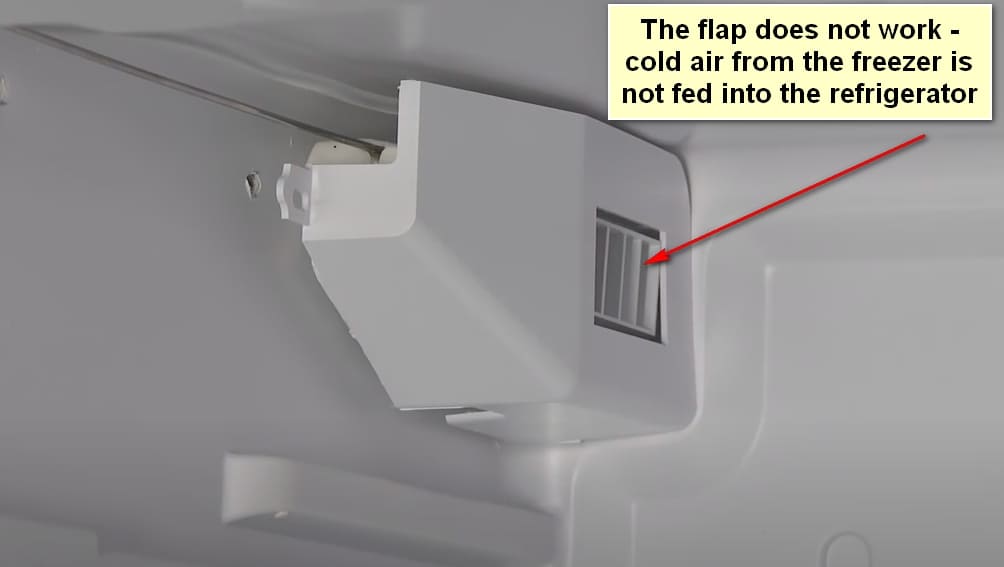 If the fan was running very noisy at first, then stopped, you need to stop the fridge, defrost it and call a master.  There are many reasons for the malfunction, from a blown fuse to the replacement of the fan.  The LG refrigerator may not freeze well if the evaporator does not create the right temperature, the circuit is faulty.

There are several other possible reasons for the non-functioning refrigerating chamber, such as freon leakage or a problem with the electronic control unit.