Yes, a silent refrigerator is something that is very difficult to imagine. We all got used to different sounds coming out from our kitchen devices, but sometimes they get too weird and loud and make us think something is not going right.

Why is there a sound and what to do?

Any action to detect and correct a malfunction must begin by studying the instruc-tions.  It should be noted that the type of extraneous sounds also depends largely on the brand of the refrigerator.  Each model has its own features. 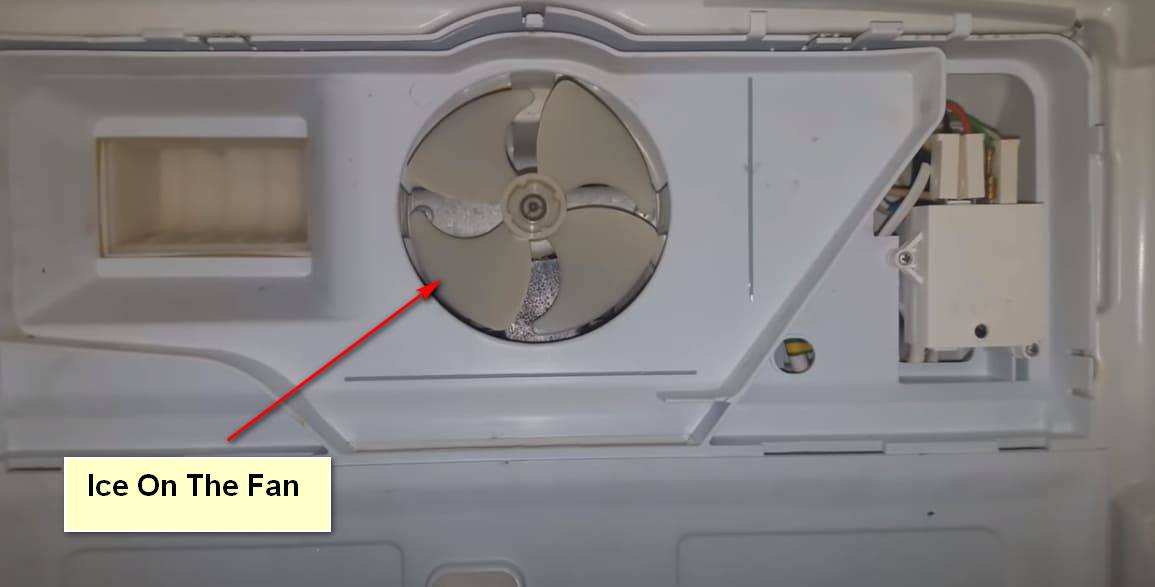 It is recommended to start the examination by checking whether the fridge is cooling food properly and has no extra ice on the inner walls. If everything is ok there, the causes of noise may be as follows:

Of course, the loud operating of the refrigerator can be caused by a defect of the firm-manufacturer, but it is better to try and find out the reason as soon as you start hearing the noise.

It is necessary to start with a thorough study of the instruction, in which the manu-facturer, as a rule, specifies the main noises formed in the refrigeration equipment.  In this case, you can eliminate some of them yourself, acting according to the rec-ommendations of the brand.

Why did the refrigerator start working loudly? 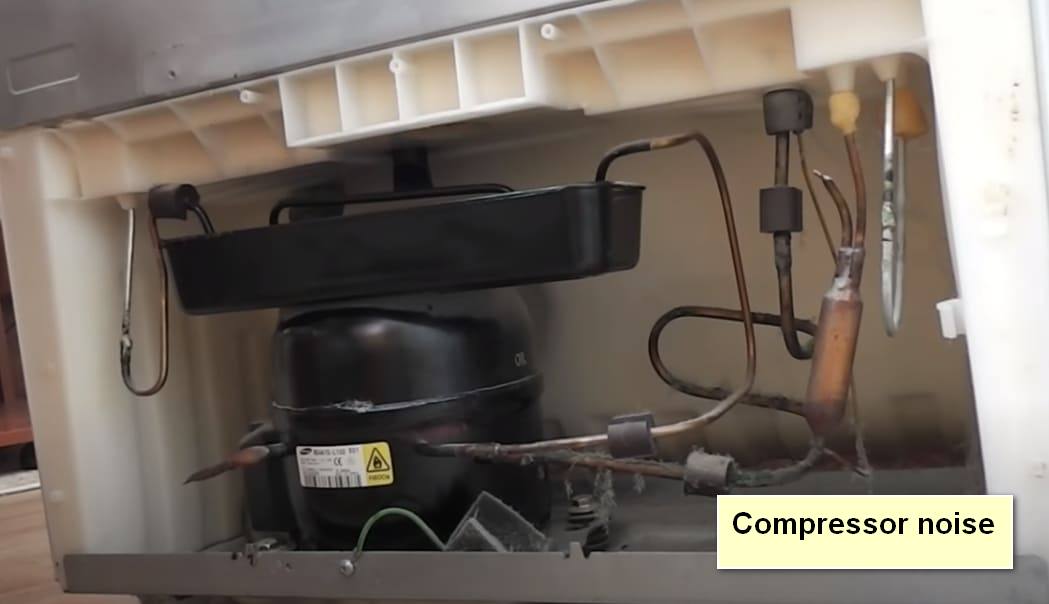 A compressor can be one of the reasons for increased noise in a refrigerator sud-denly notice that your refrigerator is noisy, although it used to be quieter, or you no-tice how much the unit you just bought in the store is buzzing.  The reasons for this behavior may vary: for example, the increased noise can be caused by a fan hitting the thick of the ice with its blades.  Defrost the refrigerator and the malfunction may then disappear.  If not, check to see if the equipment is installed correctly.  The compressor may come into contact with uneven floors or condenser iron tubes, causing the noise.  In such a case, adjust its legs or move it to another place.

Sometimes everything in the technology is in order – both the motor and the fan – it stands flat and makes a lot of noise.  Keep in mind that loud humming may well be caused by the incorrect placement of objects and products in the interior of the unit.  For example, when operating the refrigerator, dishes or glass jars rattle because of contact with each other.  If you move them away from each other, the noise becomes quieter.

If without opening the case, it is not possible to identify the cause of the loud opera-tion of the refrigerator, it is not recommended to try to remove the case and check the inside by yourself. Call a repairman, who will certainly find out what the problem is.

What are the possible sounds and what they mean?

The more different systems in the refrigeration unit, the more sounds they produce.  You can hear it when it’s working:

Ringing – it is heard during compressor operation.  It is usually accompanied by noise from the vibration of mechanical elements and the housing itself.  This noise can be reduced by evenly installing the device and the gaps between it and the walls with furniture.

Rumbling, gurgle, trills – can be a result of refrigerant movement in tubes.  At the same time, the more environmentally friendly the model is, the higher the probability of sound formation due to the higher speed from which gas flows through the re-frigerant pipes.

If the refrigerator taps or knocks when the compressor stops, listen more carefully.  Weak knocking is a kind of normal, this is how the internal mechanism calms down and there is no breakage.  If the knocking is strong, with an admixture of obvious “metallic” rattling in the compressor humming, it indicates its malfunction, which re-quires the help of a specialist.

The clicks can be accompanied by switching on and off the thermoregulator, they are caused by the functioning of the flip contact system.  When the refrigerator clicks when the compressor is stopped, the contacts of the additional thermoregulator are activated, switching on the signaling red light in 2-chamber refrigerators, or on something else.

The refrigerator whistles and hisses, as a rule, at the movement of air streams.

Cracks in the refrigerator even in the process of stopping sometimes due to rupture of ice crusts between the evaporator plate and fixing units, ice film on the evaporator surface itself during its freezing and thawing.  Increased frosting increases cracking.  By following the storage instructions in the operating instructions of the unit, you will reduce frost formation and the associated crackling.

Crying sounds – can be heard when the automatic defrosting is started.

The brand new refrigerator makes strange noises, as it adjusts its operation, cools down to a set temperature. It is absolutely normal, as such behavior of the technique is often described in the instructions as well.

There is also no need to worry if the fridge makes strange noises in the following cases:

Which fridge is the quietest?

There are practically no silent refrigeration units, but the device with the following characteristics will have a rather low level of noise:

The fridge cannot run absolutely silent. Every person has long been accustomed to the light noise emitted by the motor when starting the cooling.

As for the loud and weird noise, the causes of extraneous sounds are individual for each fridge model. But in general, the explanations are very similar.