Although the ice maker in the refrigerator may make certain sounds during operation, dispensing a portion of ice into the cup, it should not rattle. The presence of such a noise effect indicates that the equipment needs maintenance.
The grinding noise can be caused by ice jam, which will lead to breakage of important moving parts:

The grinding noise can be caused by worn bearings or the auger motor, which needs to be replaced with an old part.

Why does ice jam 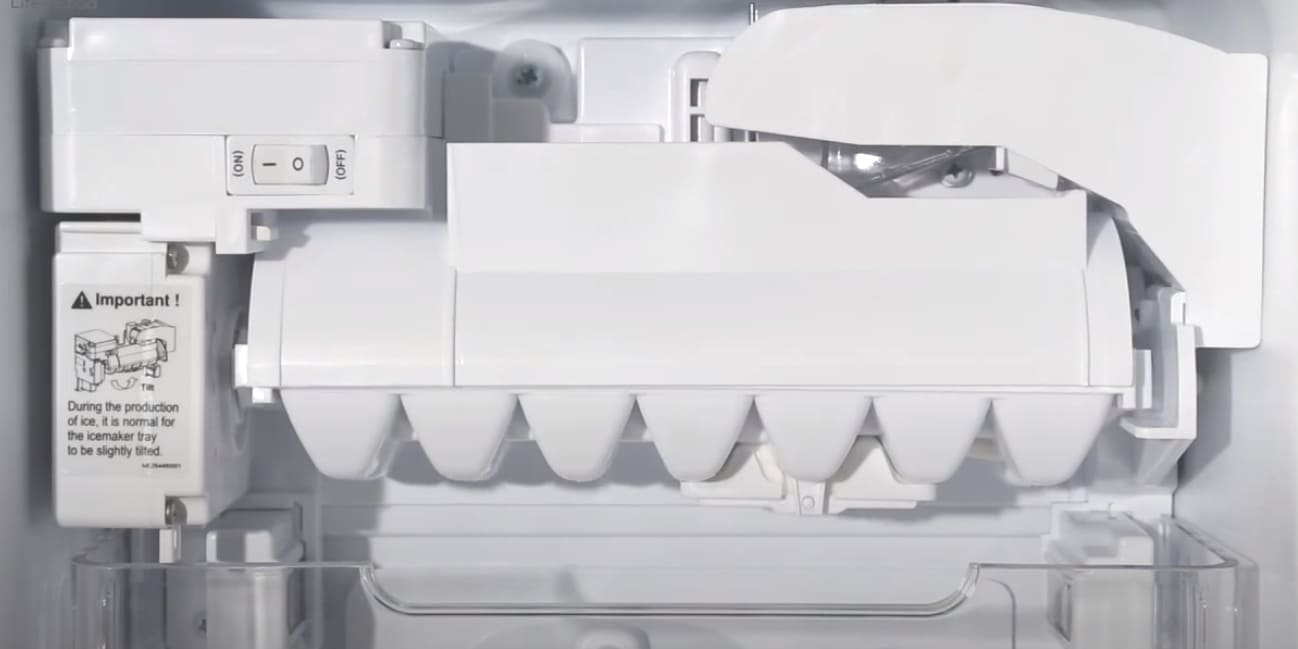 Ice often gets stuck on the working parts during operation. Typically, ice can build up on the auger or on the moving arm of a household appliance that pushes out ice cubes. This is due to the fact that, under the influence of the trapped air, the ice in the receiving bucket begins to melt, forming edges that block the moving elements.
To eliminate the resulting blockage, you will need to melt all the ice. If the collecting bucket is removed, take it out and rinse it with warm water to melt the ice. You can simply turn off the refrigerator and leave the door open so that the ice in the bucket melts on its own.
Heating devices must not be used to remove the ice block. They can damage plastic parts and the interior of the refrigerator. The ice mash should melt naturally.

If ice has accumulated on the fan

There is an evaporator fan inside the ice maker to distribute cold air inside the unit. It is located in the back of the device. During operation, ice or frost may build up on it, as a result of which the blades will hardly rotate, emitting a grinding noise.
When eliminating such a malfunction, it should be borne in mind that the accumulation of ice or frost on the fan is not the cause, but the consequence of the malfunction. Frost on the blades appears due to the fact that warm air enters the inside of the refrigerating device. This is most often due to the wear of the rubber seal. Due to the loss of tightness of the door, warm air enters the inside of the refrigerator, contributing to the formation of ice and frost on the fan.
To eliminate such a malfunction, you will first need to melt the ice on the fan by disconnecting the refrigerator from the mains overnight, leaving the door open. You can also remove the ice maker and defrost it in the sink to keep the refrigerator running.
After defrosting, you will need to check the rubber seal, and if there are cracks in it, then you will need to install a new rubber seal on the refrigerator door.

The fans that distribute cold air inside the evaporator have a bearing that allows the blades to rotate. Over time, such a part wears out and requires replacement. A symptom of wear is a grinding noise when the fan is running.
If such a problem is eliminated, it will be necessary to completely replace the fan in the evaporator. Before carrying out repair work, you will need to disconnect the refrigerator from the mains. The ice bucket must then be removed to gain access to the ice maker. After that, you will need to disconnect the wiring harness and remove the icemaker completely for repairs.
The fan is installed inside the blower housing. To remove it, you will need to disconnect the electrical connector on the engine and release it from the mount. Then you can install a new fan. After that, the elements are assembled in the reverse order: 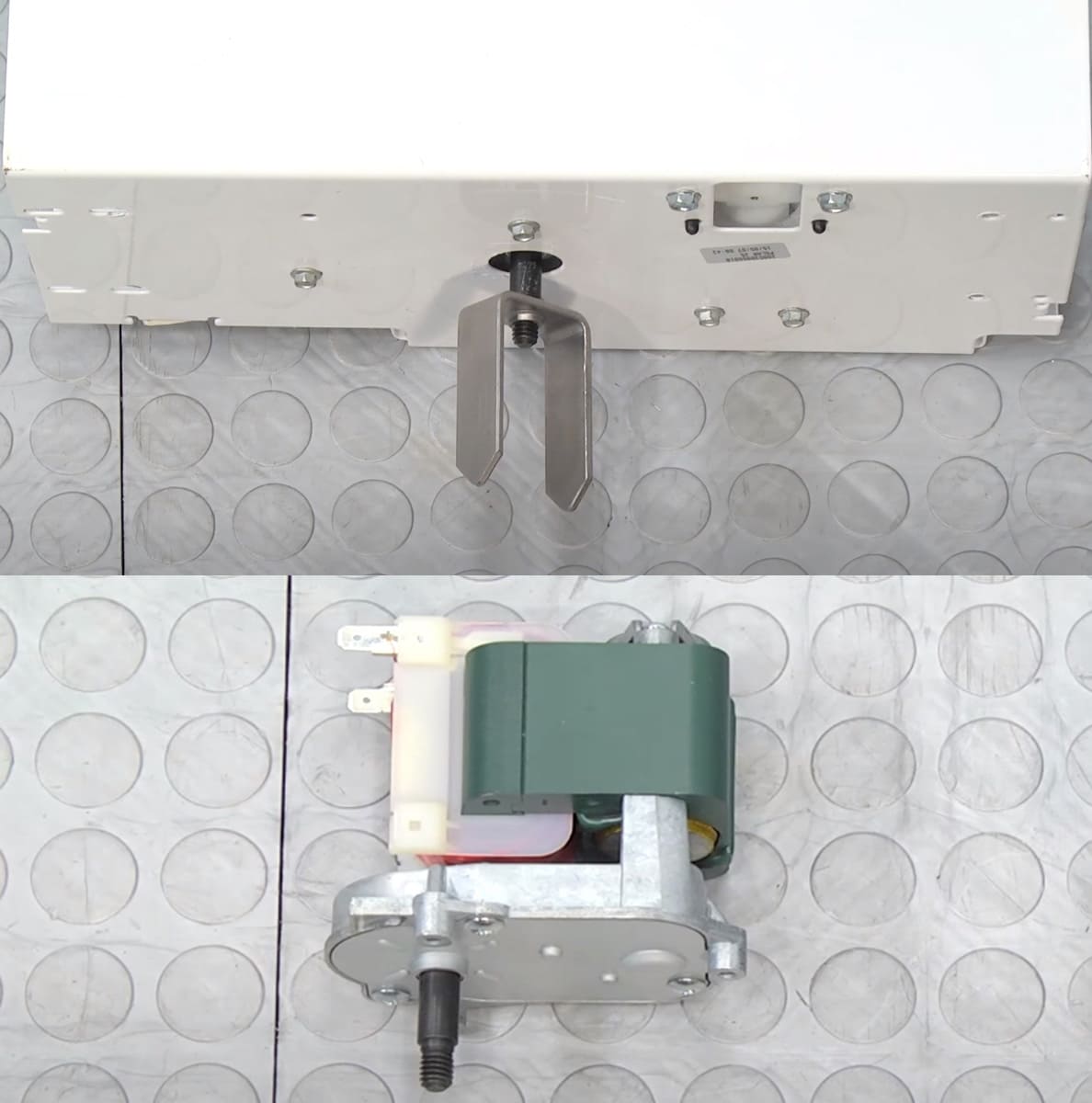 The auger in the ice maker performs the function of mixing the ice, pushing it towards the dispenser. The augers are driven by an electric motor, which is located at the rear of the receiving bucket. With a long service life, the auger motor becomes unusable as a result of wear of the rubbing elements, which will cause a grinding noise during the operation of the auger.

Such damage is eliminated by installing a new electric motor for the auger. Before starting repair work, you will need to disconnect the refrigerator from the mains and from the water supply to the ice maker. The auger motor is located at the rear of the unit. To gain access to it, you need to remove the bucket and the ice maker itself in the assembly. When carrying out dismantling, use the manual that comes with each refrigerator. After removing the ice maker, you will need to unscrew the fastening screws to remove the disconnector and gain access to the auger motor.
When the replacement is done, it will be necessary to replace the electrical connectors and fix the motor inside the assembly. Then put everything inside the ice maker.