It might sound weird or silly, but many people claim their fridge “constantly running”. Yes, a working fridge is a good thing, but then one that never stops — is not. So let’s figure out what might be the reason and how to fix it.

How does the refrigerator have to work

The malfunction of a refrigerator is usually associated with a complete shutdown.  But another common problem is that the fridge works all the time and does not turn off.

Normal operation of the appliance is usually a 15-20 mins cycle, which takes place 3 or 4 times for one hour. If the fridge is located in a warm room, then the compressor can work for a longer time, in order to properly cool the air. But even in the hot room, your fridge has to turn off at least one in an hour.

If the refrigerator is brand new and has just been installed it can work for 5-8 hrs for the first time, and its absolutely normal.

Why does the refrigerator not turn off

There might be several reasons why your device keeps running without any inter-ruption. But let’s figure out the list of most common explanations for this issue: 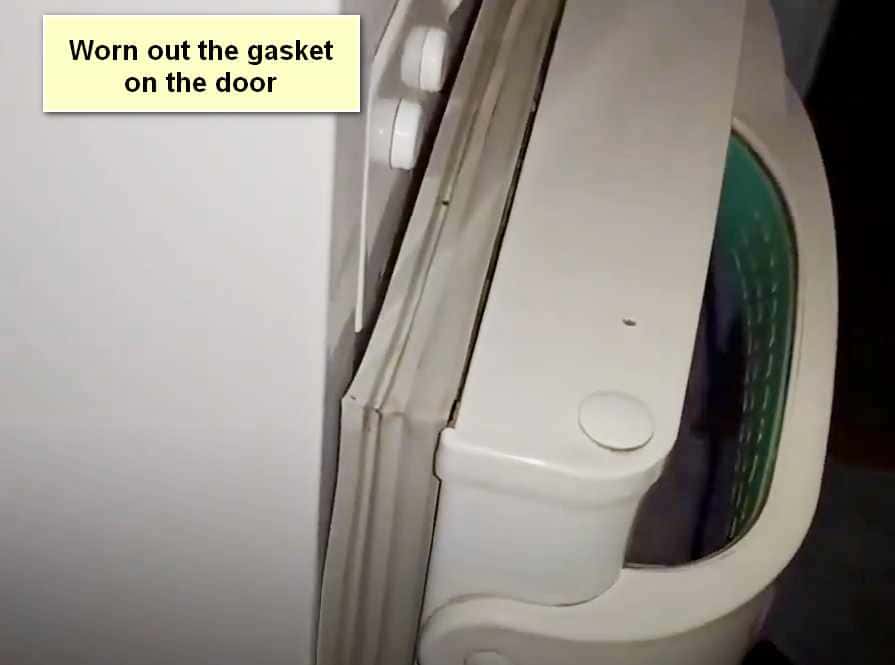 Let’s look at each cause in more detail so that you can fix any of these malfunctions yourself.

The fridge works without stopping and it freezes heavily.  In the event that the fridge is constantly operating and does not shut down, it freezes without interruption, you should check the freezing.  If the mode is switched on, it is enough to switch it off, the fault will be corrected.

Freezing is normal, but the fridge does not turn off.  This problem can be caused by the rubber seals on the doors being worn out.  As a result, the units operate contin-uously and do not shut down.

It is possible that the refrigerant is leaking, which is necessary for the correct opera-tion of the device.  The compressor must constantly maintain the correct temperature by injecting freon.  Because of its leakage, it can operate and not shut down.

Another answer to the question of why the refrigerator does not shut down.  It may be hot or cold enough in the room.  Incorrect temperature conditions will cause the unit to malfunction.  The refrigerator is not switched off and due to clogged refrigerant circulation lines, they may be too small in diameter.

How to fix it

What to do if the refrigerator does not turn off?

Besides all these breakdowns, there is also a human factor: late defrosting, unnatural defrosting, mechanical damage.  Incorrect handling of the equipment leads to serious breakdowns.  One should not forget about simple rules on refrigerator operation. Do not allow ice to intentionally defrost and do not accelerate the defrosting process. Refer to the defrosting instructions for the frequency of defrosting.  And there is only one way to do it: turn off the power, open the doors and wait for the ice to thaw itself.

If you leave it as it is, it can result in really serious damage. If the motor runs without interruption, it will fail sooner or later. A minor repair can result in the replacement of an expensive part, for example, a compressor, which sometimes cost just a bit less than the new fridge.

Of course, there is an option to repair the refrigerator yourself.  Even if you install the compressor and thermostat correctly, there is a possibility that in the near future the part will break down. You need certain and confident skills, even to install a new door gasket, so it’s always better to contact client support service and to run a pro-fessional diagnostic followed by a professional repair.

There are many reasons why the fridge is constantly running and not turning off.  This situation can occur not only in older models but also in the new generation of appliances. It is important to understand, that it is not always possible to solve the problem yourself, even if you are an experienced electrician. However, don’t panic or get upset, as in most cases the fault is the simplest and it is possible to repair the refrigerator on your own.

In most cases the work without a break is caused by the following reasons:

These 3 reasons are the most common, so it is better to check them first. If none of the options are suitable, you should proceed to a more serious examination.  Sometimes the problem can be solved by defrosting the chambers. If there are no changes after defrosting, and the equipment still does not turn off, contact a profes-sional repairman.