In modern refrigerators lamps of three types are used – fluorescent, led, halogen. Sooner or later, all the elements fail, that is why it does not make sense to choose the refrigerator according to the type of lamp. It is more important to consider the type and power of the lamp before replacing. In order not to make a mistake, write down the full name of the refrigerator model or go to the store with the removed lamp. 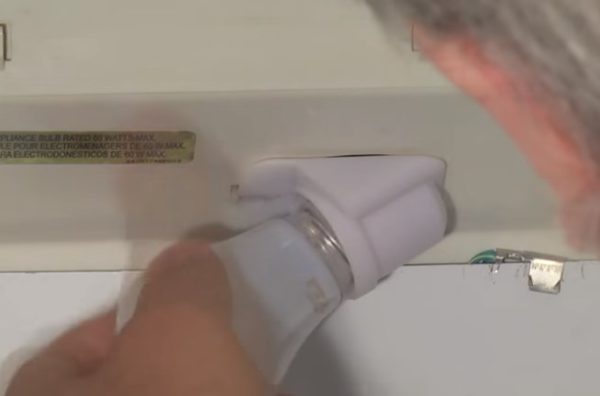 Before repairing the light of refrigerator, make sure that the power cable and electric point are working. Check whether the compressor is working: if there is no cold, the problem is not in the bulb. Call the repairman for a comprehensive diagnosis of the refrigerator.

Procedure for replacing the bulb in the refrigerator

Elementary abidance by rules of operation of the refrigerator will help to extend the service life of the bulb:

Replacement and repair of the key of lighting in the refrigerator 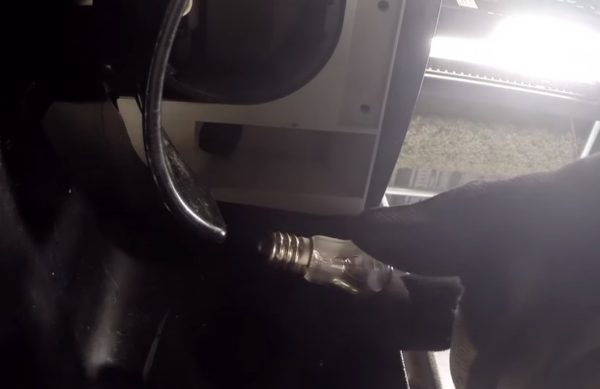 Repair of the key of lighting yourself is viable only if you have no opportunity to invite the repairman of refrigerators to the house or to buy an assembly.

As a rule, in the light switch button the mainspring responsible for fixing the switch in the position on /off fails. The mainspring falls down, and the mechanism becomes unusable. To repair the key, it is necessary to dismantle the element and carefully disassemble it into 2 parts. The body of the key consists of two parts, between which you can see a small joint. With a flat screwdriver put on under the half of the body and separate it. Replace the mainspring and reassemble the key.

Pay your attention that replacement key lighting assembly — a much more profitable and efficient operation. Component repair can help out, but not for a long time.